You’ll pay more for cabinets and anything made with Chinese plywood, and U.S. jobs will be lost too.
By Greg Simon and Richard Titus

The recent housing uptick has prompted many Americans to buy new homes and renovate existing ones. But those in the market to remodel a kitchen or replace wood flooring might experience sticker shock. Not because of a bad economy or inflation. It’s the result of complaints by a handful of American companies that make hardwood plywood in the U.S. They already control 80% of the market for domestic hardwood plywood and now they’re seeking to further exploit their stronghold by edging out overseas competition. 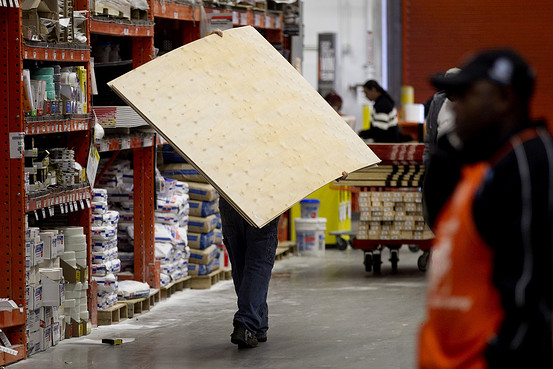 As a result of their complaints, in late 2012 the federal government began investigating alleged unfair trade practices by the makers of hardwood plywood exported from China. A vital raw material for U.S. manufacturers, hardwood plywood is used for making cabinets, furniture, boats, paneling and in home construction, crating and packaging, store fixtures, flooring underlayment and countless other products.

Many thousands of U.S. factories depend on a steady, affordable supply of this plywood for the products they will sell at home and abroad. Whether those downstream manufacturers sink or swim may be determined in Washington this week in two separate events—a ruling and a hearing.

The complaint lodged last year with the Commerce Department was that Chinese suppliers selling hardwood plywood to U.S. manufacturers have an unfair advantage because they supposedly receive Chinese-government subsidies. Another allegation is that these Chinese suppliers sell at an unfairly low price, called “dumping.”

The facts? Commerce investigated these allegations and reported this spring that America’s trans-Pacific trading partners had not engaged in unfair trade practices. Yet despite these findings, Commerce levied a punitive penalty on virtually every Chinese exporter of the plywood except the small sample of producers it had selected for in-depth examination. Even exporters that answered all the U.S. government’s questions—but who weren’t lucky enough to be individually examined—were deemed guilty.

Using an arcane averaging scheme and a penalty tariff normally reserved for noncooperative companies, the Commerce Department on March 14 slapped a 22.63% countervailing (or subsidy-equalizing) duty on almost all imported hardwood plywood from China. The second shoe dropped on May 3, when the department tacked an additional 22.14% anti-dumping duty on the plywood. Grand total for no evidence of wrongdoing: nearly 45% extra in tariffs on this vital resource.

The damage to U.S. manufacturers that rely on hardwood plywood has already begun. The combined tariffs have jolted supply chains, spiking the cost of imported hardwood plywood and creating painful shortages due to a lack of domestic supply. The first to suffer will be American jobs in manufacturing and woodworking.

The U.S. suffered similar damage after 2002, when the Bush administration imposed a 30% tariff on imported steel, ostensibly to protect the domestic industry. But the tariff, by restricting supply and raising steel prices, harmed U.S. manufacturers that needed affordable domestic and imported steel. By the time the tariff was lifted 18 months later, some 200,000 American manufacturing and other jobs, along with roughly $4 billion in wages, had been lost.

Today, many U.S. manufacturers that depend on imported Chinese hardwood plywood fear that the tariffs will force the production of cabinets, furniture and other products now made in the U.S. to sites overseas. The domestic kitchen and bath-cabinet industries alone have $8.2 billion in annual sales. But how will the U.S. industry, hit by tariffs, compete with kitchen cabinets and other products made abroad—that can be shipped to the U.S. free of import duties? Competition will come from Canada and Mexico as well as China.

Plywood producers in the U.S. are too small to meet American demand and thus have always shared the market with imports. Over the past three years, the U.S. plywood producers’ share has held steady in an expanding market as the economy slowly improved. As for China, the alleged dumper and subsidy suspect, recent information compiled by the International Trade Commission confirms that China is now losing market share to rivals in Indonesia, Malaysia and Russia.

This is why U.S. manufacturers purchase both kinds of plywood for different applications. It is also why, if Chinese plywood is shut out, buyers won’t turn to the domestic product, since the two aren’t interchangeable. Yet these six domestic producers think they can corner the market by crowding out overseas competition.

What happens in Washington this week may determine whether protectionist history repeats itself. On Tuesday, the Commerce Department is due to announce its final determination on the duties on Chinese hardwood plywood. The U.S. International Trade Commission is set to follow on Thursday with a hearing and investigation to determine if material injuries warrant continuing those duties. Even if Commerce upholds the punitive tariffs, the ITC can put an end to this budding fiasco by terminating the case.

Mr. Simon is the co-chairman of American Alliance for Hardwood Plywood. Mr. Titus is executive vice president of the Kitchen Cabinet Manufacturers Association.

View all posts by: Brian Sheridan